Cockpit is the modern Linux admin interface. We release regularly. Here are the release notes from version 171.

The Machines page can now flexibly configure the number and layout of virtual CPUs:

When changing the values for an already running VM, they become effective after stopping and restarting it.

The details page of a KubeVirt VM now shows the current CPU, memory, and network usage. This is similar to the libvirt VM on the Machines page.

The details page of a running Docker container now shows its volumes and their mode (like “read only”): 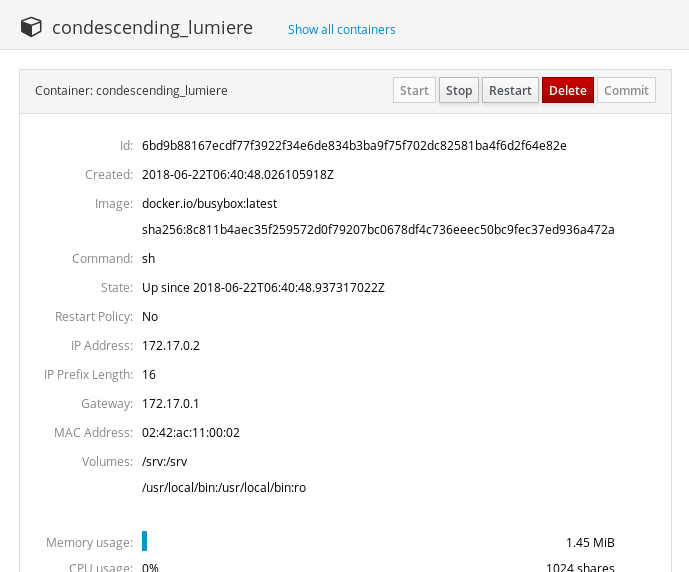 The tuned, system time, and host name links on the System page, as well as the unit and service buttons on the Services page now check if the user is actually allowed to carry out the action. If not, the elements now get disabled and show a proper tooltip. 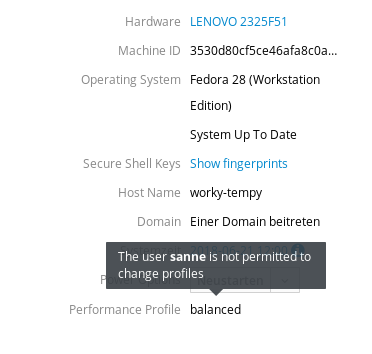 The Networking page now hides the non-functional network graphs and action buttons while NetworkManager is not running, and shows an appropriate notification. If NetworkManager is enabled, this usually indicates a crash or otherwise unexpected situation: 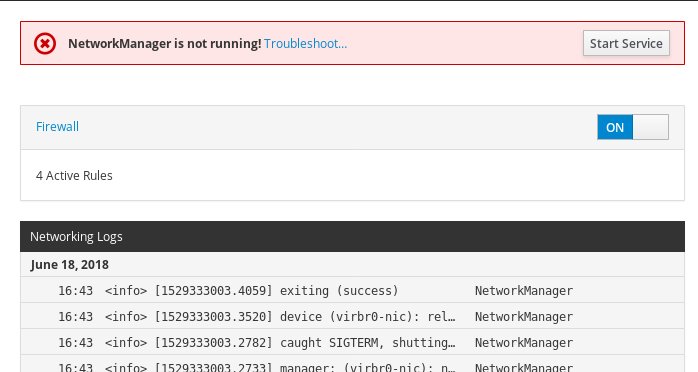 The Accounts page now offers adding an “Image Builder” role to a user, which puts that user into the weldr Unix group. It also points out that this does not become immediately effective but only applies to new logins: 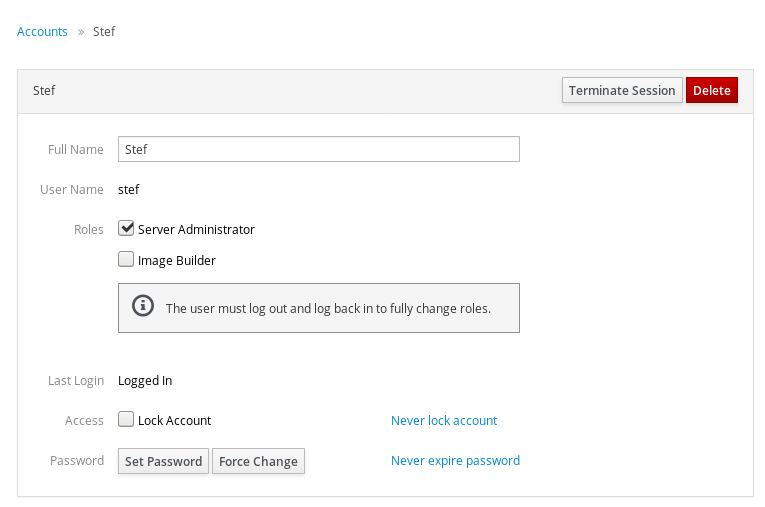 Dates and times on all affected pages (System, Storage, and Docker) now use the format matching the selected Display Language instead of the U.S.format.