Cockpit is the modern Linux admin interface. We release regularly. Here are the release notes from version 160.

kubevirt is a project for running KVM virtual machines in Kubernetes. Cockpit’s “Cluster” (Kubernetes/OpenShift) dashboard can now show the status of these VMs in the new “Virtual Machines” menu entry. This only appears when kubevirt is installed and active: 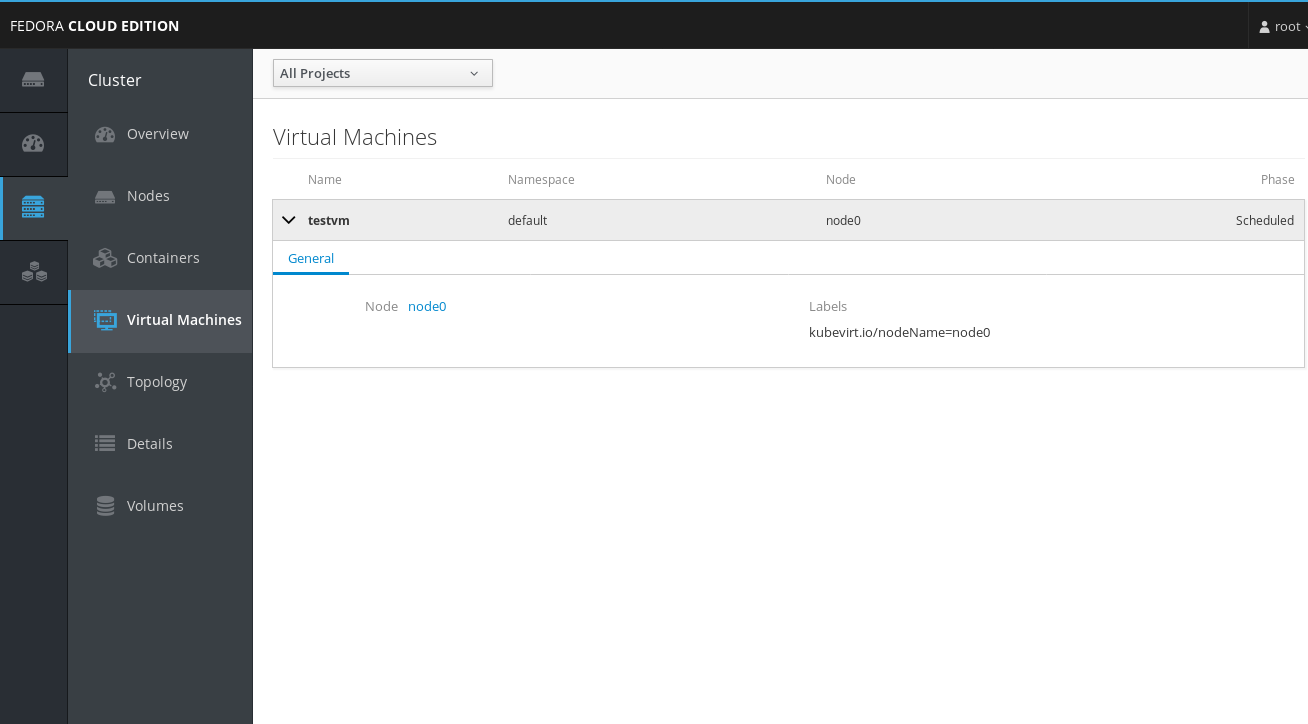 In the future this will be extended to also do operations on the VMs.

Thanks to Jakub Niedermertl for this feature!

The table of available updates now looks and behaves much more consistently to other products that handle software packages, like Satellite and Welder: 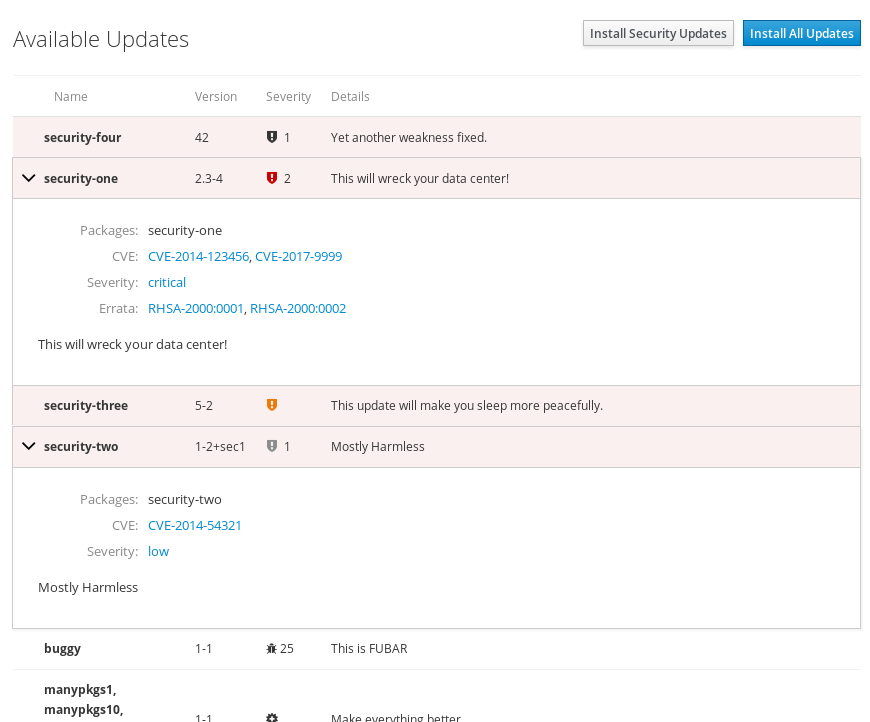 On Fedora, the Apps page now installs the appstream-data package when checking for new applications, which ships the AppStream metadata for discovering new Cockpit applications.

This Cockpit version also adds AppStream metadata for its own cockpit-sosreport package (which is not installed by default). Once appstream-data gets updated again in Fedora, cockpit-sosreport will appear on the Apps page as an available extension.

Previously, the CPU graphs on the System, Dashboard, and Containers pages were calibrated to 100% for a single CPU core, so that the graph maxed out at e. g. 400% for a system with four busy CPU cores. Now it gets scaled so that “100%” means “all cores are fully busy”, which is the behaviour of command line tools like top.

Show storage, network, and other numbers with 3 digits of precision

Previously numbers like the free space on a storage device were shown with one fractional digit only, which led to overly imprecise numbers like “0.1 GiB”. The new behaviour provices a more consistent accuracy regardless of the number’s magnitude.

A bastion container provides Cockpit’s web service without actually logging in to the machine on which it runs, but only connects to remote hosts via ssh.

This is not a ready-to-use product for now, but we encourage you to experiment with the example and give us feedback if you have such a use case.