Cockpit is the modern Linux admin interface. We release regularly. Here are the release notes from version 135.

The existing page menu took some getting used to for some use cases. It’s now easier to use when connected to multiple hosts and provides the basis for future improvements that will reduce or remove the horizontal menu entries. On systems where the top navigation bar doesn’t have any useful information, such as when there is no Dashboard, the top navigation bar is removed entirely. Check out the screenshot below for a peek at the new sidebar design. 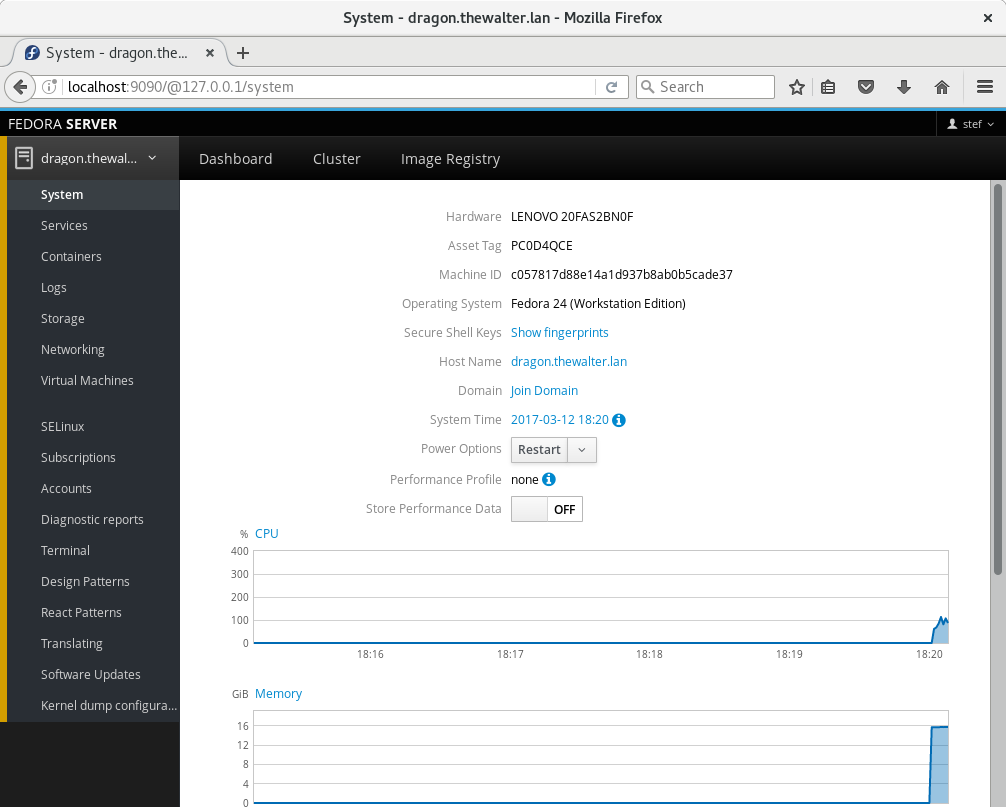 The expanded information for entries on the Virtual Machines page now contains information on a machine’s disks, such as the device, read only state and for disk images the local file path. Information on disk capacity is only available with more recent versions of libvirt. Check out the screenshot below to see how this looks.

Once pages in Cockpit, such as Networking or System, are opened they usually stay open in the background, even if they aren’t visible. This is important on most pages to ensure the code can continue interacting with the system in the background, user input isn’t lost, and the page doesn’t have to be reloaded when the user returns to it. For the cases when a user wishes to actually close the page there is a new entry next to Display Language in the user drop down menu, named Active Pages. It only becomes visible when the ALT key is pressed while clicking on the menu dropdown. On some drag enabled browsers it doesn’t work to just use ALT, but any combination involving ALT, such as CTRL+ALT, also works. Check out the screenshot below for a peek.

When one Cockpit instance connects to other machines it does so via SSH. Previously these connections were launched from cockpit-ws, the process listening on the network.