Cockpit is the modern Linux admin interface. There’s usually a release every week, but this time around we were delinquent and it’s been nearly a month.

And over the last few months we’ve worked hard on identifying stable javascript APIs and protocols for various Cockpit components to consume. We’ll be itemizing these stability guarantees in the documentation shortly.

Harish did great work during Google Summer of Code to add support for systemd timers. Timers let users schedule tasks similar to cron jobs. Timers are now listed, and dialogs for defining jobs and their recurring patterns are now included in Cockpit. 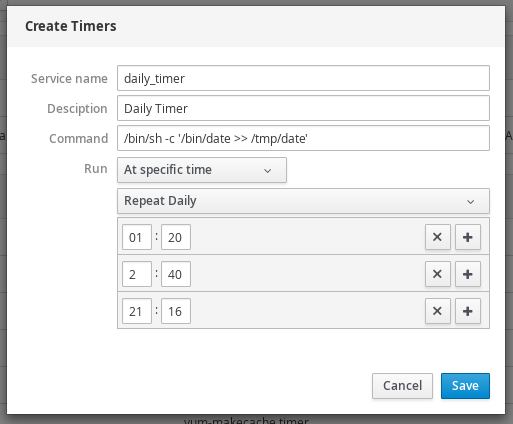 Peter pulled off a major change to have full PAM conversations supported on the Cockpit login screen. This means you can use two factor authentication dongles or Yubikeys in your login workflow in Cockpit.

In addition, for the next release Stef worked on allowing the user to change expired passwords while logging in, similar to how they would on the console.

Use Webpack to build the Cockpit interface

Most of Cockpit is written in javascript and runs in the browser. This code is now built with Webpack. It’s bundled into single page application bundles per Cockpit component. Among other things, this makes hacking on Cockpit much easier.

The documentation has been updated to show what you need to do to make a change to Cockpit either with Vagrant or on your local machine.

The container resource usage graphs and resource limit dialogs now work properly on Debian. Stef adapted the code to account for the different CGroup layout than Docker uses on Debian.

The HTTP URLs that Cockpit uses can now have a (mostly) arbitrary prefix in their path. This is useful in scenarios where Cockpit is proxied by another application or management console. Use the UrlRoot option in cockpit.conf.

These components can now indicate which part of the base javascript and base cockpit-bridge they require in order to function. This is configured in the package manifest. 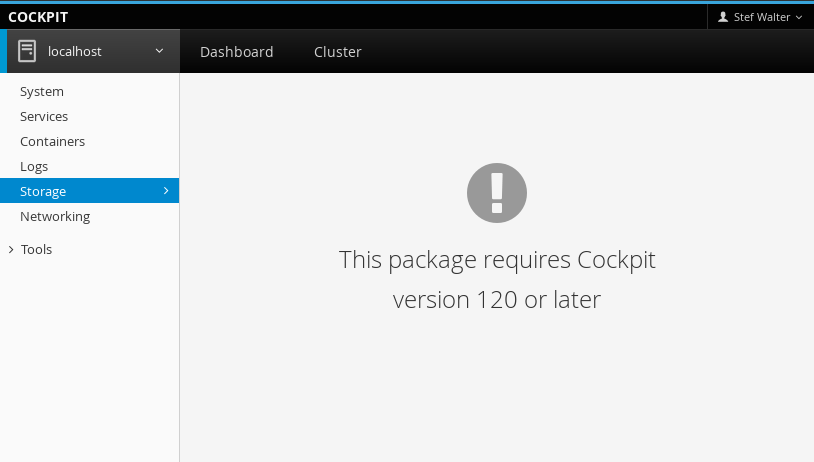