Cockpit is the modern Linux admin interface. There’s a new release every week. Here are the highlights from this weeks 0.111 and 0.112 releases.

Harish Anand a Google Summer of Code student working on Cockpit, and he’s implementing systemd timers. These are similar to cron jobs, and are a structured way of running a command or other systemd unit at a specific time. Some of his initial work got merged, and you can see it in action here:

NetworkManager has the concept of marking certain network interfaces as “unmanaged”. This is done with a NM_CONTROLLED="no" setting in a file placed in /etc/sysconfig/network-scripts/. Cockpit now respects the admins wishes and and hides such interfaces from its Network configuration.

The On/Off switch is also disabled appropriately for unknown interfaces.

Network bonds are created with Active/Backup

When a new network bond is created the Active/Backup mode is used as the default. This is a more common choice for admins, and makes sense to point people in this direction. 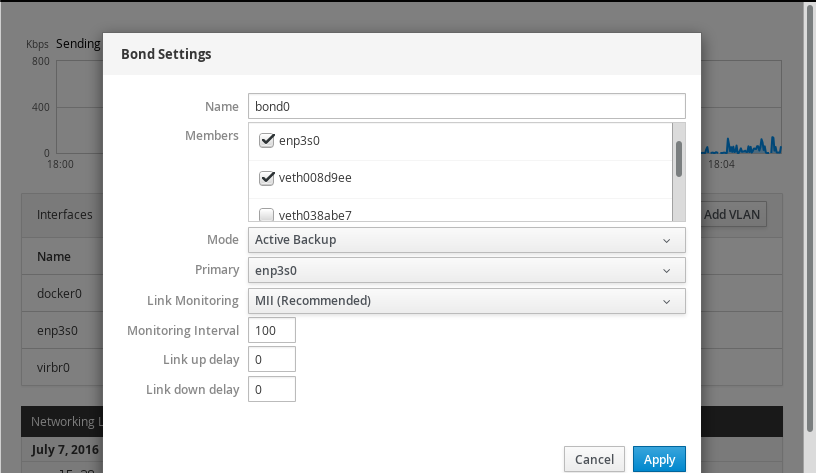 Users can now type actual amounts in memory megabytes, or CPU shares when starting a container, in addition to being able to use a slider. 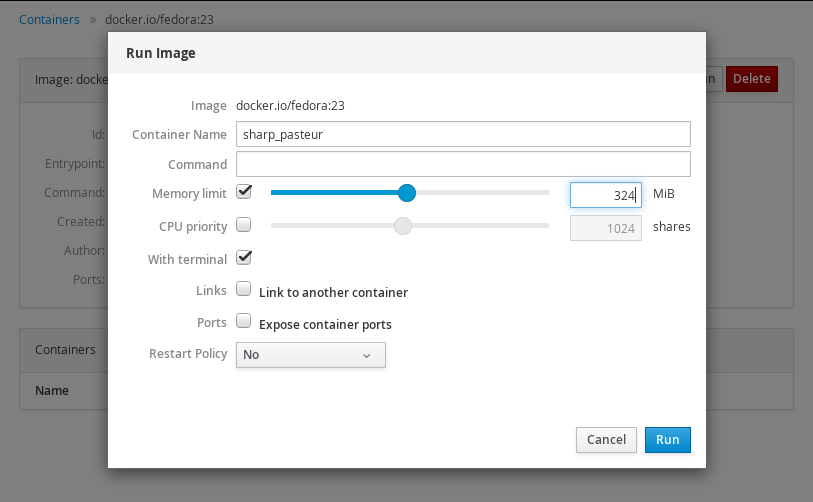 The tuned service needs to be stopped and disabled when choosing the “none” performance profile. The behavior now lines up with what users expect using the tuned-adm command line tooling.

Lars is working on making the terminal be resizable, so you’re not limited to a small display when working on the machine.